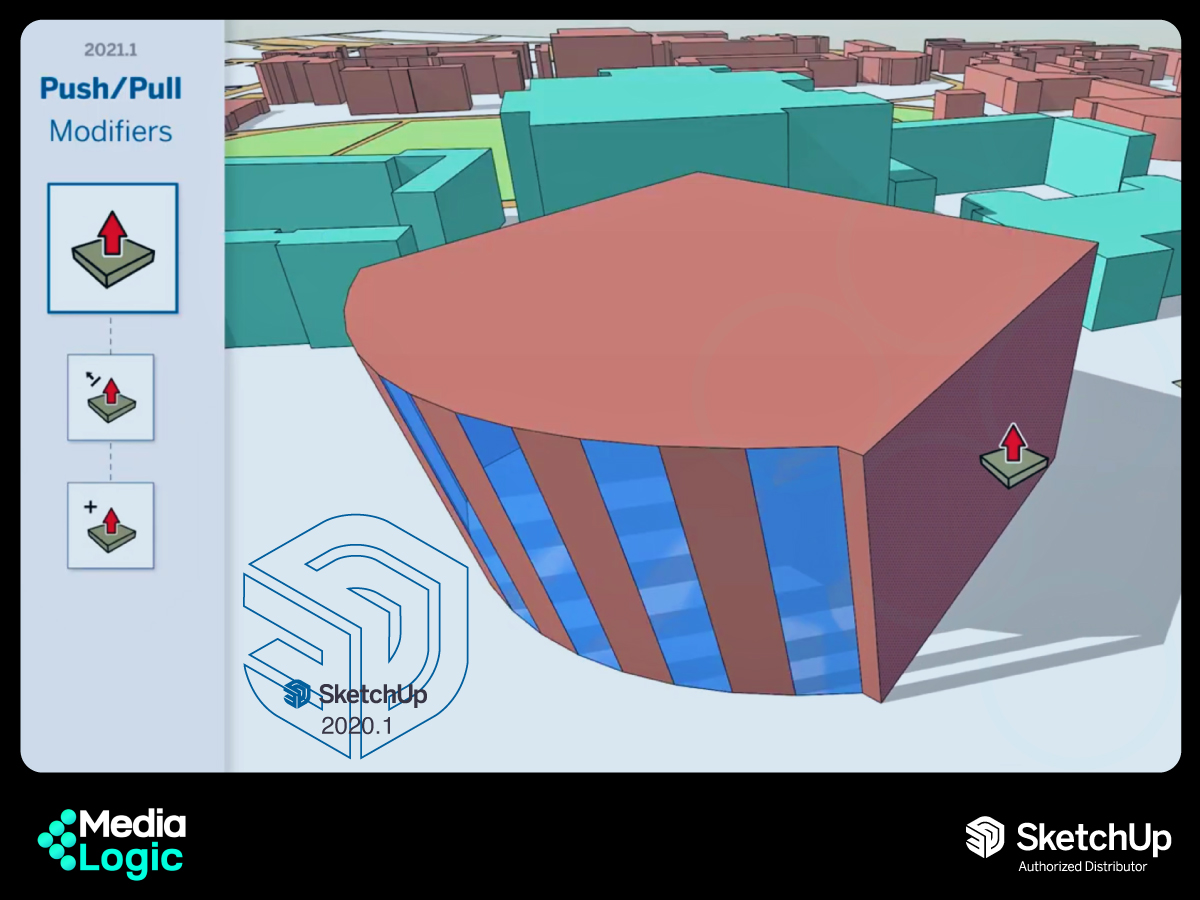 As you may already know, many SketchUp tools feature the ability to ‘pre-lock’ an inference direction or drawing plane. In this release, we are starting to apply this pattern to other tools. You’re now able to pre-lock an inference direction before the first click with the Line, Tape Measure, and Move tools.

You'll probably notice some differences with Push/Pull in SketchUp 2021.1. In addition to making the Push/Pull Copy modifier a persistent toggle, we are also formalizing Push/Pull’s hidden modifier, Stretch.

Stretch is a modifier state that has actually existed in SketchUp for years but has never been referenced in the Status Bar or the Push/Pull cursor. ‘Stretching’ a face is roughly equivalent to moving a face perpendicular to its drawing plane, and especially useful at the earliest stages of form development.

Along with the above-mentioned enhancements to Push/Pull, we're also changing the front-face orientation and extrusion when modeling in SketchUp. When drawing on the ground plane, SketchUp will now always orient freshly generated faces with the front side facing up, and in other circumstances, with the front face ‘facing' the camera. For example, if a face is drawn over the top of an existing face, the new face will still inherit the orientation of the face that it is drawn on. With these adjustments, the Push/Pull and Follow Me operations perform more consistently, resulting in correctly oriented faces.

Watch the video to see exactly how these tool patterns and modeling behaviors will impact your workflow.